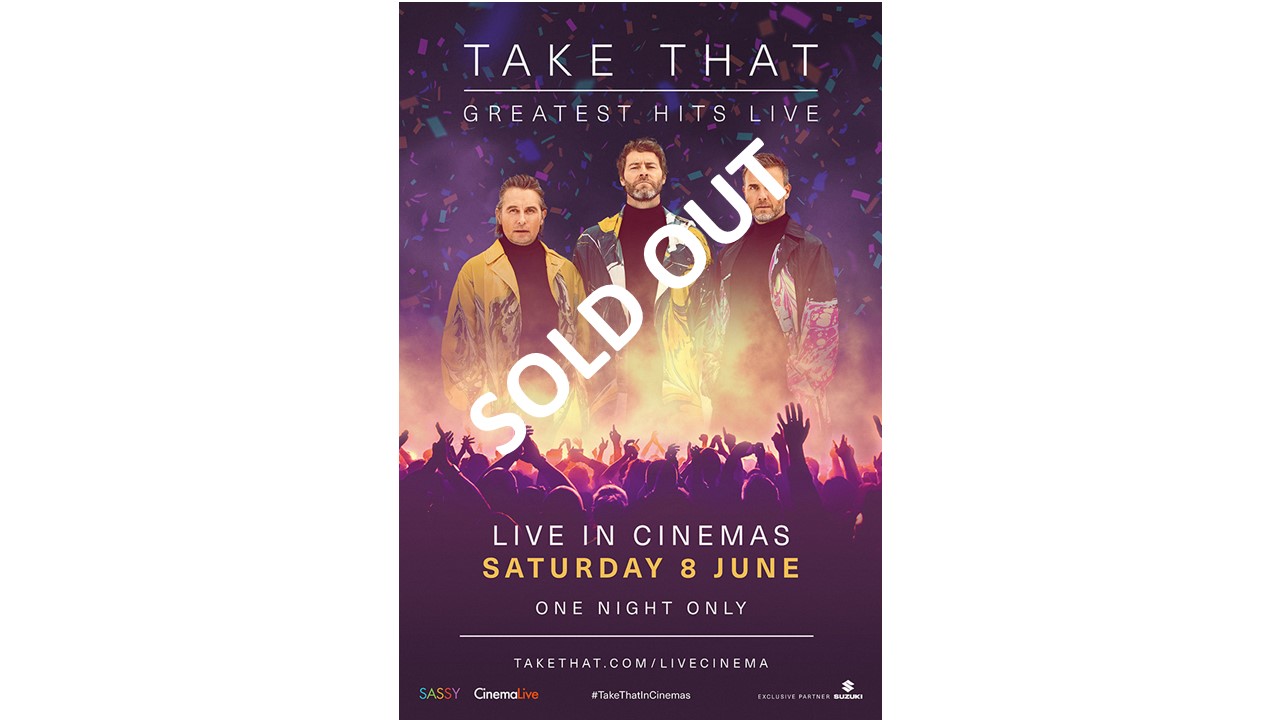 Take That and get ready to party at your local cinema as Gary, Mark and Howard bring their huge 2019 Greatest Hits tour LIVE to the big screen on Saturday 8 June, for one night only!

Celebrating 30 incredible years, Take That are bringing their spectacular 2019 Greatest Hits tour to cinemas for one night only! Broadcast LIVE on Saturday 8 June from their last UK concert of the tour, this highly anticipated anniversary show promises to be their best yet.

With front row seats, you’ll be a part of the action as Gary, Mark and Howard journey through Take That’s incredible music history. Performing their biggest hits from the last three decades, and new tracks from their latest album Odyssey, fans will love this ultimate big  screen sing along. So, get ready to throw your hands in the air – it’s a party you’ll never forget!

The Telegraph – 5 Stars ‘Take That took it and smashed it out of the arena.’
The Sun – 5 Stars ‘Yet again, the Take That boys have produced the tour of the year’
The Guardian – 4 Stars ‘Master Crowdpleasers Deliver A Flaming Carnival Of Pop’
Metro – 4 Star Review ‘Gary And The Boys Still Rule The World’